“Harm Reduction & the War on Drugs”

Until we end the war on drugs, we cannot end police violence, overdose, HIV, or myriad other assaults on our communities. How has this “war” been designed to target Black communities, while pulling all communities into its wrath? How can we support people who use drugs while they are under attack? How can we reduce the harm done by these policies for ourselves, for each other? This interactive discussion will cover the racist history and harms of the war on drugs, ethical arguments in both upholding and fighting this “war,” and strategies to reduce some of the harms. 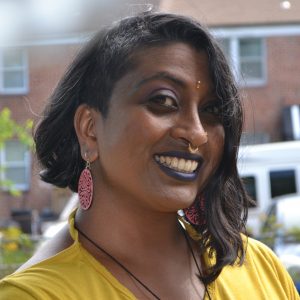 The Baltimore Harm Reduction Coalition mobilizes community members for the health, dignity, and safety of people targeted by the war on drugs and anti sex-worker policies. We advocate for harm reduction as a part of a broader movement for social justice.

Rajani Gudlavalleti is Community Organizer for Baltimore Harm Reduction Coalition (BHRC). For over a decade, she has worked to advance social justice at the intersections of public health and the legal system. Rajani is also a consultant with Baltimore Racial Justice Action (BRJA), a co-organizer of Baltimore Asian Resistance in Solidarity (BARS), and a board member of Foundation Beyond Belief (FBB). She holds a master’s degree in public policy from Johns Hopkins University. 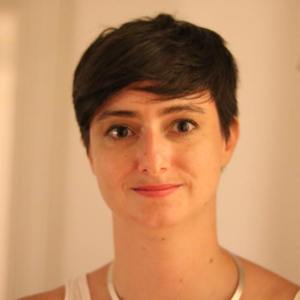 Harriet Smith is Executive Director of Baltimore Harm Reduction Coalition (BHRC). She brings over fifteen years of experience with various Baltimore area harm reduction, racial justice, and equity focused organizations and projects. She is also a long-time facilitator and board member with Baltimore Racial Justice Action (BRJA). Harriet received her master’s degree in gender studies with a focus on health and sexuality from Towson University.