“Can I be Black and Humanist?” 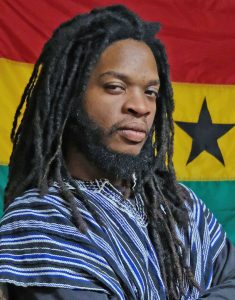 Christian Hayden, member of the Philadelphia Ethical Society, took a humanist pilgrimage to Ghana 2015 – 2016 where, while serving, he engaged with ideas on what it meant to be humanist and black. But before that he had already begun a journey reconciling his blackness within the context of living in Brooklyn’s East New York and Philadelphia’s Southwest communities, and the greater world around him.  Come hear how this movement and glimpses of Pan-Africanism have shaped him

Christian Hayden says that the most important thing to know about him is that he is an Ethical Culture leader in training, which means you are stuck with hearing from him for awhile. The second most important thing is that he fell in love with photography recently so you might hear about that too. Christian is a full time facilitator, very part time poet, and striving to be a 24/7 humanist. He also spent a year in Ghana with the Humanist Service Corps and was awarded the Mossler Fellowship in 2016.